CHILD ACTOR Anthony Michael Hobbs 7, Lands SUNNYSIDE UP SHOW & His Hollywood Mom Kerri Shares How They Made It Happen!

You are here:Home-Casting Updates, CHILD ACTORS, Future Stars-CHILD ACTOR Anthony Michael Hobbs 7, Lands SUNNYSIDE UP SHOW & His Hollywood Mom Kerri Shares How They Made It Happen!
Previous Next

CHILD ACTOR Anthony Michael Hobbs 7, Lands SUNNYSIDE UP SHOW & His Hollywood Mom Kerri Shares How They Made It Happen! 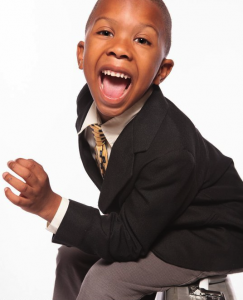 Anthony Michael Hobbs is making a name for himself as a child actor while living in Baltimore, MD

Big Bird will be proud! Baltimore, MD native and child actor Anthony Michael Hobbs, age 7, best known for his work in DreamWorks How To Train Your Dragon: Dragons and Dinosaurs documentary, has landed a new role on the PBS Sprout Network mini-segment of the Sunnyside Up Show, which will air in March 2013.

HMB asked Anthony and his knowledgeable Hollywood Mom, Kerri Mosley Hobbs, all about their journey.

HMB: How old were you when you knew you wanted to act?

Anthony: Well, I was somehwere around 4 years old. I knew I wanted to act because the shows on TV that used real humans looked fun. So I thought, “Maybe I’ll try it.”

HMB: What first steps did you take to become a child actor?

Anthony: I asked my mom. She said “No.” But then her mom, my grandmom,  said, “Give him a chance,” and she did. And it turned out great! That’s how I became a [child] actor!

HMB: Any particular classes, coaches, workshops or schools you would like to acknowledge that helped in your journey?

Anthony: Wilhelmina Philadelphia, Backstage, Ms. Nicole [at Prestige Management in New York], um, that’s all I can think of. They all helped me with auditions. 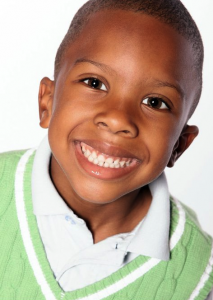 Anthony’s sage advice to other aspiring child actors: “When people say you’re not going to do it, don’t listen to them.”

HMB: What are your extra curricular activities, hobbies, sports, interests?

HMB: Do you volunteer for any organizations?

Anthony: I do volunteer at school. We bring in can goods for the homeless for them to eat. Once we wrote a letter to the military telling them how grateful we are for them fighting for our freedom.

HMB: Being a working child actor from Baltimore, MD is unusual . Are your friends and neighbors awed and inspired by your accomplishments in your career?

Anthony: All my friends miss me alot. Yes, they are inspired by my career. They say “good job!” “I hope you get the job!” and they say “Good work.”  Once, on my baseball team, one of the moms was excited because one of my team mates little brother saw me on PBS Sprout.

HMB: What would you tell other kids (aspiring to work professionally) who live outside Hollywood?

Anthony: I would tell kids who want to become an actor that don’t live in Hollywood, all you have to do is believe in yourself. And when people say you’re not going to do it, don’t listen to them. Don’t care about what other people say, just know what you think, and go with the way that you feel. If someone tells you that you’re not going to get it and you want to say something back, just say “I don’t care what you say, I believe in myself, and I’m going to stay with that choice,” and stick up for yourself.  Also, work hard, practice, be nice, use postcards, and, um, make friends. 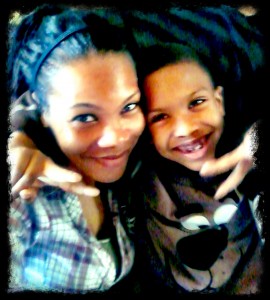 Hollywood Mom Blog  also got the inside scoop on the life of a (Baltimore) Hollywood Mom from Anthony’s mom, Kerri Moseley Hobbs.

HMB: What is your background (academically, professionally, etc.) ?

Kerri: I have two Master’s degrees (one in Business Administration, the other in Management) and actually work in higher education administration. I’m the man behind the curtain that makes sure certain parts of the business of college education actually happen. I also am a full-time talent manager. Most momagers/Hollywood Moms don’t list it [on their resumes]. I actually have it on my resume because it really IS another job.

HMB: Were you ever or are you now a professional model or actor yourself?

Kerri: I modeled from about 16 years old to 20 years old. I eventually got out of it because I didn’t like what was expected of me as a female in the business. I didn’t like the “pretty” pressure because I’m a fun loving tom boy. That’s probably why I told Anthony no, when he first asked to act. It took my mother explaining to him that I myself, used to do work like that [to change my mind].

HMB: Moms write in and ask all the time, “How can I help my child actor WITHOUT moving to Hollywood or NYC?”  You’ve obviously achieved this. What would you tell them?

Kerri: I get that question all the time too. That’s so hard to answer in a short answer.  I offer to “sit down” and talk to parents all the time and tell them everything I do. Step by step, detail by detail, free of charge. The majority of them don’t take me up on the offer! My first answer is always, “It’s possible.”  Very very possible. The first step, is to get a part time job. The entire venture takes time, patience, and financial investment.

I spend about four hours a day in the evening combing through auditions on about 10 different sites, and making a presence on social media. I follow Backstage, Actors Access and some voiceover castings on twitter, and they come straight to my phone so I can submit immedialty.

I’m also realistic about what’s worth it and cut out the “mommy eagerness” that we can get.  I also carry out the little strategy I have, and then take time to include Anthony in it. He understands his role in his own career and will pass out a business card quickly!  The postcard updates, we do together. At the same time, I’m prepared to follow through on all that work. It takes about 3 and half hours (in good traffic) to get to NY from where we are in Baltimore. Ninety-five percent of the time, it’s for a five or 10 minute audition. 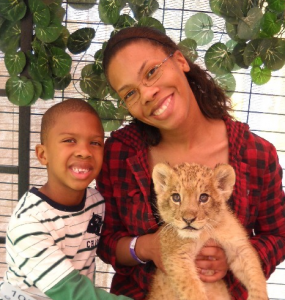 Of her aspiring child actor Anthony Michael Hobbs, Hollywood Mom Kerri Moseley Hobbs recalls the moment she realized,”He’s going to pull this off! I mean, really do this!”

Kerri: I’m actually a single parent and single woman. That just made everything more complicated right? Anthony is my only child, and I am the only source of support and income for our family. When it was clear that this was his dream, I went into helping him pursue it thinking that it wouldn’t be that large because we weren’t in a large market (Hollywood). The more and more he auditioned, booked, and established his network of support in agents, managers, casting directors, and media my attitude change. I realized, “He’s going to pull this off! I mean, really do this!” and I went full steam ahead – doing what I had to do make sure he could give his 110 percent.

HMB: How do you maintain balance for yourself and your son? Is it important to you that Anthony have “a normal childhood,” surrounded by neighborhood friends and family.

Kerri: It’s very important for Anthony to have a “normal childhood”. He has a criteria of type of roles he wants to do, so I don’t submit and accept auditions and jobs for everything that comes his way. I don’t think he’d do his best if he’s not really into it (kinda like cleaning his room). I also know and respect the events he doesn’t want to miss in life like birthday parties for best friends,and first games and last games of the season. And he’s totally allowed to not feel like it when it comes to accepting an audition or job (as long as he hasn’t previously dedicated himself; but that’s a life lesson). But with Anthony, he almost always feels like it.

HMB: What do you see for your future and for Anthony’s future?

Kerri: For my future? I’ve ventured into teaching college courses online. I’d like to see that grow. I enjoy it! For Anthony’s future, he’d like to go to college to make films, like today. He thinks I should be able to get him in and 7 because I have connections. I think he’s in his element. I don’t see it changing at all. Anthony’s future is film.”

Anthony can next be seen playing a young Frederick Douglass in the PBS documentary “Abolitionist:

The American Experience Series.” The PBS Special will air in conjunction with the 150th anniversary of the Emancipation Proclamation (January 1, 1863) in January, 2013 and in a PSA for the American Association of Poison Control Centers (AAPCC) which airs this month.

And as if all that weren’t enough for one youngster, Hobbs also stars in the “SkWids” kids’ on-line Internet show at www.SkWids.com, an on-line version of such children oriented shows as “Sesame Street.” Produced by Southwestern Advantage, and can also be seen in the national classroom program called KinderRhyme, a program of Success for All Foundation (SFAF), which appears in over 2600 preschool, elementary, middle and high school programs.

About the SUNNYSIDE UP SHOW

The Sunny Side Up Show is a live television programming block dedicated to helping preschoolers prepare for the day ahead with its warm, welcoming and fun environment. Children, their parents and caregivers can share birthday wishes, crafts, games, show & tell and interact live with the hosts, Sean, Kelly, Dennisha, Carly, and Chica. This live, three-hour block, with hosted segments, links Sprout’s gold-standard shows, such as Barney & Friends and Thomas the Tank Engine.