From the Momager Trenches Los Angeles: “But it’s SO competitive!”

From the Momager Trenches Los Angeles: “But it’s SO competitive!”

“But it’s SO competitive!”

I don’t hear those words nearly as often as I did in the beginning or maybe I just don’t pay attention to them any more.  The beginning being when I first heard my son say “Mom, I want to be an actor.”  We’ve come a long way since then.  It took a while before my husband and I realized our son was serious about becoming a professional actor.  We had some great support to prepare him and get him trained for performing for casting directors and when he was 11-years-old we decided to make the move to Los Angeles to pursue this dream.

Not surprisingly, when our family made this decision there were some people that made the comment, “But it’s SO competitive; there’s so much rejection.”  I never did view it that way and 200 auditions later, I still don’t.  To me being competitive means that you have some control over the final outcome.  For example in a race, you train and practice and in order to win, you have to run faster than everyone else.  You compete to get to the finish line, and the first one there is the winner—because the “winner” is defined as the one who runs the race the fastest.

Not so with Acting. With acting it’s about getting a job as an actor – there are many opportunities and each opportunity is hit or miss.  An actor can have the most training, the most skill, and be the best actor the casting director, director and producer have seen and still not get the part.  It’s easy to see why one perceives this as rejection but it’s not about who reaches the casting office first, or who is the best once they get there.  It is about who fits the part the best – who can portray what the director and producers want to convey to their audience.  Depending on the project, the needs and the time constraints, sometimes casting will find that actor right away, and sometimes it takes months.

My son Cody and I have had numerous discussions about this very topic, and he has begun to understand the process much more. I’m proud of how he deals with it.  With a script in hand, there are so many people involved – every project really is a social experiment.  You have the writer of the script itself – sometimes based on a book.  Then there are the producers involved, as well as the director.  They discuss the vision they have for the project and hire the casting director to find them the right actors.

It’s interesting to talk to producers and learn what they have to say about casting the actors.  One producer of a project my son worked on said that they taped all the actors doing their scene once.  They would give them one re-direct, and that was it.  She said it was interesting that some actors could not take a re-direct, and although some of those actors would have physically fit the roles better, they were quickly eliminated.  Ultimately, the kids that were cast in the project were picked because of their looks first, then their ability to be re-directed next.  Even if they weren’t the best actor, if they could take a re-direct, they were still “in the mix,” until final decisions could be made. 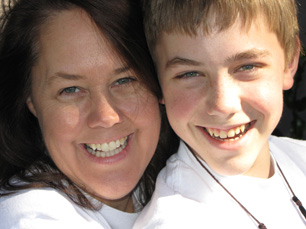 A major variable that no actor “knows” when they walk in to the audition room is what biases the casting director, directors, and producers may have.  Your child may look exactly like someone they dislike, or someone they love – and realistically – BOTH scenarios could work against your child, in the same respect they both could work for them.  One of the casting decision-makers could be having a bad day and not really paying attention as a result.  Face it, we’ve all had days at work where we weren’t all there, due to a cold, injury, fight with a family member or any number of reasons.  It’s the same with casting, directors and producers.  Like it or not, they’re people too.  And while they may have in mind what they do want, it’s possible someone completely different will walk in to the room and give them MORE than what they are looking for.  So how can you compete against these unknown biases?  You can’t.

Maybe part of the reason I don’t see acting as a competition is that it takes true teamwork to get a project completed from start to finish.  With any given project, there are so many players.  While the actors are an important part of the team, no project would happen without everyone behind the scenes.

After meeting with a director on a recent project, they told my son he did so well that they wanted him to read for the other male role in the project—the central character – the lead.  Cody prepared for the other part as he always does, but as I was reading with him, the words just didn’t sound right coming out of his mouth.  I didn’t say so – it’s not my job to choose the part he is to play.  As it turned out, he never did go back in to read for the other part, and he booked the part he originally read for.  Watching the project as it was being filmed, I realized he fit the part perfectly – he wouldn’t have fit the other part.  Both his agent and manager said the part fit him perfectly as well.  The other role had more lines, more camera time, more exposure.  Does it matter?  No. Why?  Because it’s about doing the best you can with the part you are given – not getting the biggest part.

Now let’s back up on this same project.  When Cody originally tested, there were three other boys that testing for the same part.  I was sure my son didn’t book it because all three of the other boys looked exactly alike to me; They had darker hair and they were at least 4 inches shorter than my son.  I assumed they wanted shorter kids – there was no way he was going to get it.  And yet, he did.

So how do you deal with it when every single kid in the audition room looks exactly like yours?  You help your child by being calm and being their support system.  Know that even though your kid may look like every other kid in that casting office, they ARE different and they DO stand out in their own way – and make sure they know this too.  They have to make the acting choices that work best for their personality mixed with the character they are portraying.  Trying to figure out what will be going through the producer’s heads is just going to confuse your child and there is enough confusion in life.

It is a roller-coaster ride at times, so have fun with it!  As difficult as this business can be, we as parents must do our best to make sure our kids have a normal life while simultaneously pursuing their dreams.  We’re in a small minority in that we are able to help our kids achieve this, so it is important to be the best support system we can in helping our child(ren) navigate this industry.  As with anything our children learn, learning to be confident in their choices in the audition room will also teach them to be confident with their choices in life.

HMB Contributor Valerie Sullivan is Momager to Cody Sullivan, age 13. You can follow her life as a Hollywood Mom here on HMB’s“Momagers in the Trenches” column and on her personal blog.