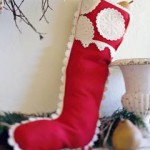 Momager Starla Efron is in the news.  In what can be categorized as ‘Too Much Information,” the LA Times, People Magazine and every other media outlet are reporting on the contents of Zac Efron’s Christmas stocking: an economy package of condoms, which is apparently the gift you need when you’re dating Vanessa Hudgens.  Or at least that’s what Starla Efron surmized after seeing a picture of her son and Vanessa in what appeared to be a sex shop.  While it’s commendable that Starla and Zac have such an open mother/son relationship, the “openess” is unfortunate news for Vanessa’s recovery PR campaign and for all of the children of the world who now know as well.

My TMI moment? Having the information blurb blasted over the car radio this morning with my 10 year old in the back seat, soaking in every word.  I know Zac and Vanessa didn’t literally sign on to be role models, but that’s what being a Disney Star amounts to. Children as young as 4 and 5 look-up to the cast members of HSM. What do you think? Should they keep their more revealing and personal information to themselves for the sake of their young fans?  Or should they enter adulthood with the world watching?